Join our subscribers list to get the latest news, updates and special offers directly in your inbox

Indianapolis based DJ and Entrepreneur Iman Tucker set to release first sneaker after the huge success of his apparel brand, Believe Brand Co.

It started off by designing premium faith based tees, hats, hoodies, jackets and various custom goods to wear on stage. As his desire for quality increased so did his vision for a brand.

Now it has transitioned into a luxury brand made to subtly stand out. Famous DJ and Entrepreneur Iman Tucker successfully built a faith based apparel brand named Believe Brand Co. The faith based apparel brand, Believe Brand Co. was brought up with the aim to establish itself as a Christian brand known for quality and a minimalistic style. However, as his desire to design luxury goods grew, he wanted to expand without plastering the traditional Believe Brand marks all over the high-end materials. This was the base for the setting up of Capre - a luxury brand he looks to use his momentum in entrepreneurship to scale.

That is when the vision of his own shoe came to light.

Indianapolis DJ and Entrepreneur, Iman Tucker found new interest in remixing a classic silhouette into a new look for his latest venture. He said, “Releasing a shoe that speaks of what we as a community believe in has always been a dream for us. The vision is to create a clean and simple, yet bold look to a luxury sneaker all stemmed from inspiration.”

The idea came up as they discussed making goods from head to toe. “Well what about shoes?” As soon as it was suggested the team bought in and the work started. The team was tasked first with identifying a name for the brand. After toying around with ideas they resorted to a familiar playbook using Tucker’s name. Believe Brand's name came from the Farsi to English translation Iman meaning “faith in God” or “Believe.”  However, this time it wasn’t as direct. Born Iman Capre O’Neal Tucker, they looked to his second name “Capre” in lieu of the second brand.  Aromanian translation leads to meaning goat.

Of course that was not the final destination.

Popular among American culture is the acronym G.O.A.T. or greatest of all time. In the Christian religion the son of God is referred to as the greatest man to walk the earth.

The team wanted the brand to be a testament to excellence, a luxury brand committed to a unique look and design of mark and materials unmatched to any other brands available in the market. 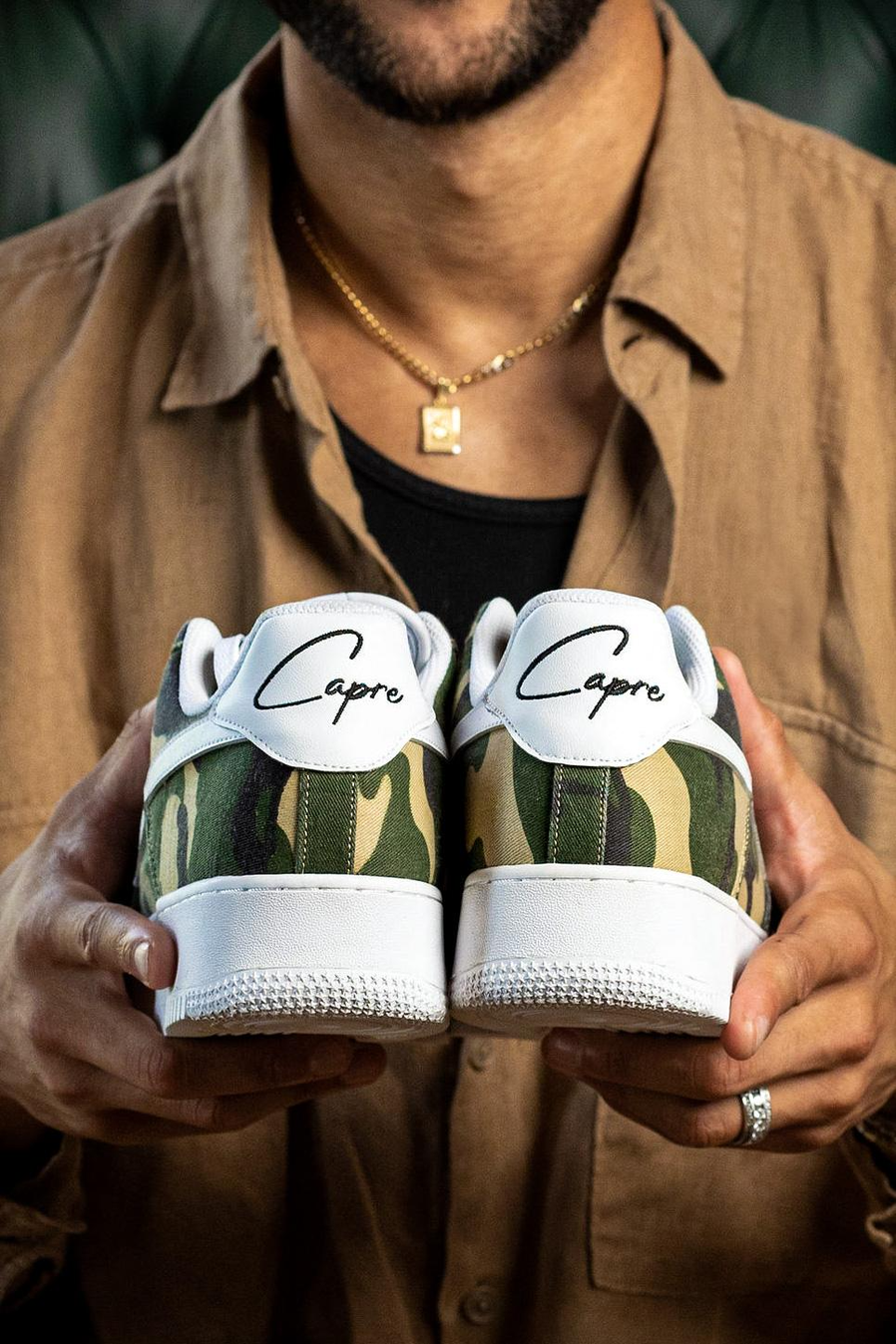 As for the logo, the team wanted to give the main side logo of the shoe something that resonated to something outside of the religion. They discussed “If the son of god is god…who is god? God is love!...we wanted to come up with something related to love.” After the logo was finalized, an asymmetrical heart took the forefront of the design made up of two major parts. This was a very big deal for the team, to speak about the comparison. “We often compare our self worth on many factors and we feel smaller than those we look up to. However, it takes everyone to make the full picture, it takes all efforts to bring together the big and small,” and that’s how the team came up with the iconic heart logo on the side of the shoe.

Iman Tucker plans to release the shoe before the official release of the brand, Capre, which will be an online-only retail brand. The shoe will be available for pre-order from November 2022 while the company aims to release the luxury brand Capre by Q1 of 2023.

This Rakhi, a rare gift to your loved ones

DigiPe Fintech Private Limited is going live with its one-of-a-kind...

Sidhant Joshi on his journey of demystifying the Supernatural...

Choose the mentor who can see right through your dreams-Know...

Marriage is going to be a life-destroying opportunity for...

Safe Hair Transplant – Are you not doing it Safely ? Know...

Dr. Padmini Panigrahi – once again for the second time...

Top 6 Holiday Destinations of India for an unforgettable...